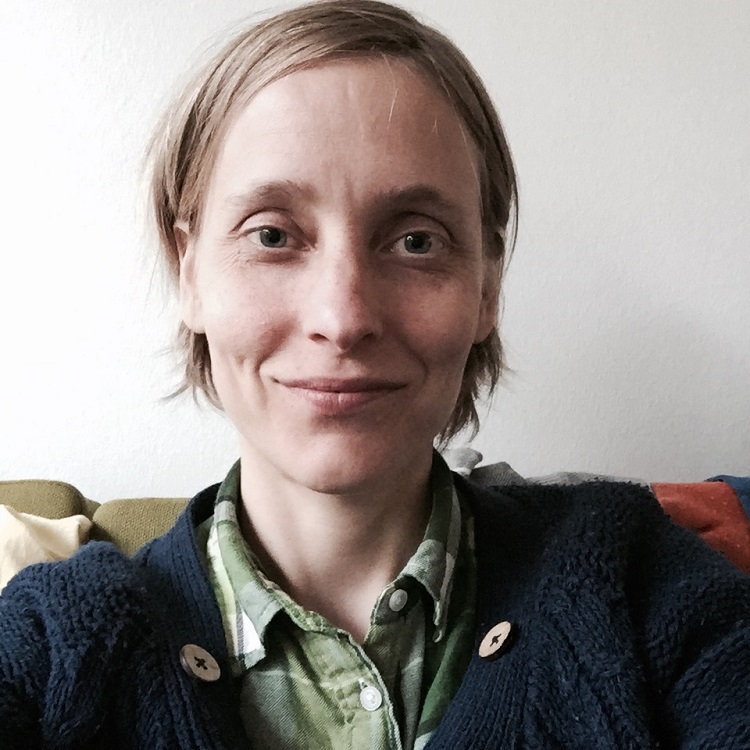 Danielle Aubert is a graphic designer whose work examines materials, methods of production, machines and labor. She is the author of The Detroit Printing Co-op: The Politics of the Joy of Printing (2019: Inventory Books), Marking the Dispossessed (2015: Passenger Books) and 16 Months Worth of Drawings in Microsoft Excel (2006: Various Projects). She is co-author, with Lana Cavar and Natasha Chandani, of Thanks for the View, Mr. Mies (2012: Metropolis Books). She is an Associate Professor of Graphic Design at Wayne State University, in Detroit. From 2013-15 she was a Fellow in the Creative and Performing Art at the Lewis Center for the Arts at Princeton University.

Danielle Aubert holds a BA in English Literature from the University of Virginia and an MFA in graphic design from Yale University. She practiced graphic design in New York and Moscow before returning to graduate school. In 2005 she moved to Detroit, where she served on the board of the AIGA, taught at the College for Creative Studies, and started her own practice before joining the department of Art and Art History at Wayne State University in 2008.

In 2009, Aubert, Lana Cavar and Natasha Chandani edited, wrote for and designed Thanks for the View, Mr. Mies, about life in Lafayette Park, a residential district in Detroit designed by Mies van der Rohe. In 2014, Chandani and Aubert worked with AIGA/NY on a post Hurricane Sandy design project in Rockaway, Queens. From 2008–2017, Aubert designed the quarterly journal Criticism, which in 2012 was selected to be a part of the 25th Brno Biennial of Graphic Design in the Czech Republic. She has designed publications and print material for many clients in the arts and academia. In 2015 she published the artist book, Marking the Dispossessed, that collected all the reader's notes, underlines, and marks found in 100 used copies of Ursula K. Le Guin's 1976 novel, The Dispossessed.

In 2019, Aubert published a book on the Detroit Printing Co-op, a facility cofounded by a group that included Fredy and Lorraine Perlman, of Black & Red Press. The Co-op existed from 1970–1980 and was the site of production for many radical left publications, including the first English translation of Guy Debord's Society of the Spectacle.

Criticism: A Journal for Literature and the Arts (2015: Wayne State University Press), a quarterly journal redesigned in 2008

Producing Waste, Producing Space (2015) poster designed with Manuel Miranda, for a symposium at the Princeton School of Architecture, printed on waste paper

Thanks for the View, Mr. Mies (2012: Metropolis Books) co-edited and co-designed with Lana Cavar and Natasha Chandani.

The Detroit Printing Co-op: The Politics of the Joy of Printing
2019: Inventory Books