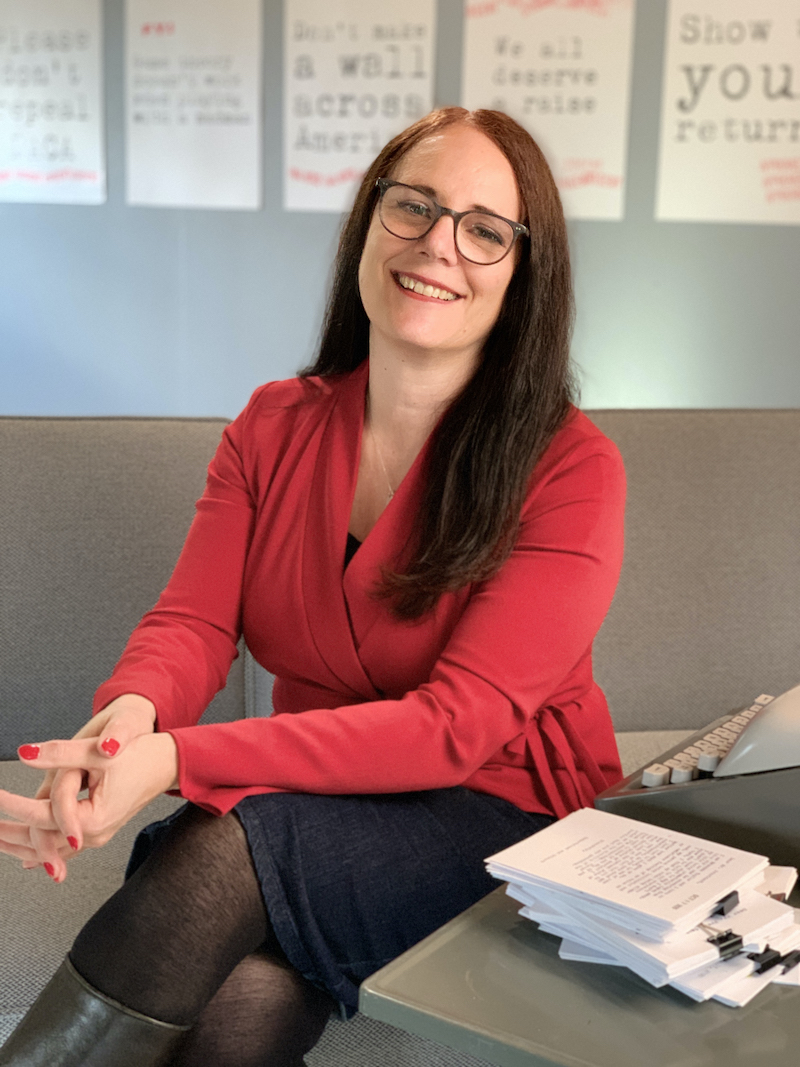 She has typed thousands of postcards to the President since launching her “I Wish to Say” project in 2004. Her book, “Activating Democracy: The I Wish to Say Project,” was published by University of Chicago Press. Oring’s work has been shown at Bryant Park in New York; the Berlin Wall Memorial; the Jewish Museum Berlin; the 01SJ Biennial in San Jose, CA; the San Diego Museum of Art; as well as in major festivals such as Encuentro in São Paulo, Brazil, and the Art Prospect Festival in St. Petersburg, Russia.

Oring is the recipient of grants from Creative Capital Foundation, Franklin Furnace Fund, New York Foundation for the Arts, the North Carolina Arts Council, and the American Council on Germany. She has received public art commissions from airports in San Diego and Tampa and from the Office of Public Art in Pittsburgh.

Her work is in collections including the Library of Congress, the Museum of Modern Art (NY) and the Tate in London and has been reviewed in publications including The New York Times, The Washington Post, the Los Angeles Times, NPR’s All Things Considered and Der Spiegel.

Oring joined Wayne State University in Fall 2019 as Professor and Chair of the James Pearson Duffy Department of Art and Art History.